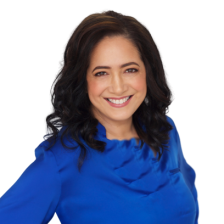 In 2012  Alicia Mayer received the first batch of historical Mayer and Cummings family photos as digital files from her aunt, and thus started a deep connection and commitment to preserving her family’s Hollywood legacy. She began this blog and sharing these amazing treasures with the world – many of which had either never been seen before or not for many decades.

In 2015 her aunt sent another delivery, but this time of original photographs, priceless memorabilia, scrapbooks, letters and other keepsakes. As a result, Alicia is now the custodian of hundreds of photos and documents relating to the Cummings and Mayer families.

Her great-uncle, MGM studio head Louis B. Mayer, helped create Hollywood, and other family members were prominently involved in the film business, as you will see from the list here.

Her great-grandmother, Ida Mayer Cummings (Louis B. Mayer’s older sister), was a notable fundraiser in Los Angeles, who devoted her life to Jewish causes and connected with the who’s who of society, from stars and filmmakers to politicians, religious figures, titans of business and industry, and more…

Alicia’s family legacy not only includes the founding of the Academy of Motion Picture Arts and Sciences (AMPAS), the Oscars, the Motion Picture Association of America (MPAA), Metro-Goldwyn-Mayer, but also 20th Century Fox and more.

One thought on “Alicia Mayer”