Here’s Mitzi and an old time vaudeville actor and comedian, Chic Sale, who really no one knows about today but many of the comedians our grandparents loved credited him as inspiration. 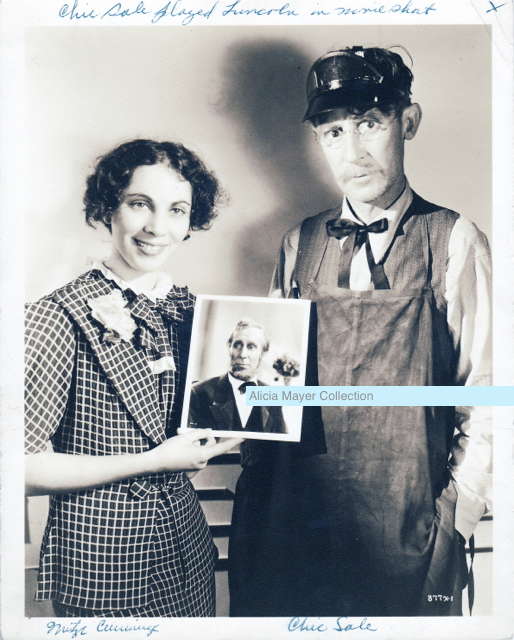 I think that photo of the two of them is absolutely hilarious – surely Mitzi must have gotten into the spirit of things because that is NOT her usual glam look or wardrobe!

Of course, she’s on the job for Photoplay Magazine – you can see the photo in her column below – so she must have visited Chic Sale on the set of The Perfect Tribute (1935), a short film dramatizing Abraham Lincoln’s disappointment at the meagre reaction to his Gettysburg Address (thus the photo of him as Lincoln). 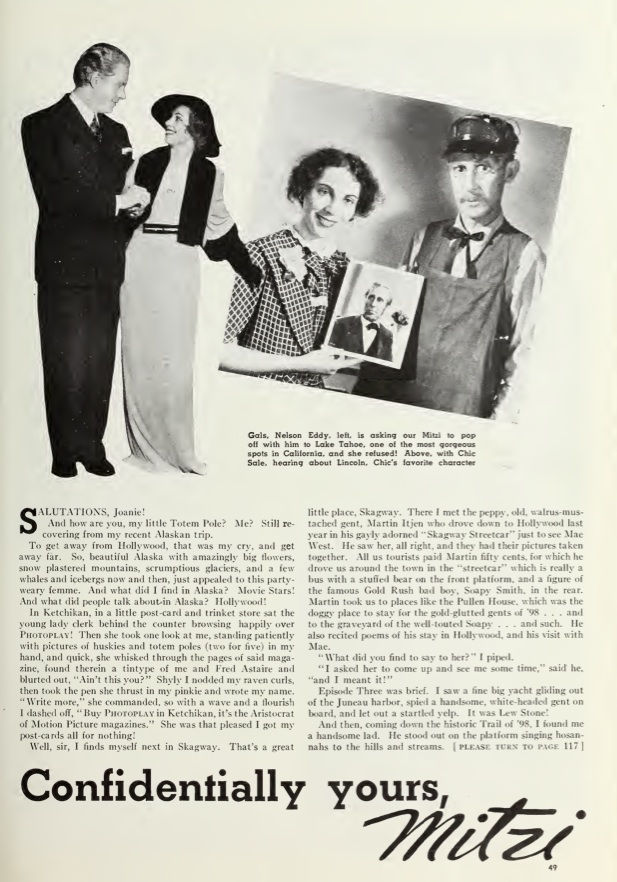 In the film he encounters a dying and blind soldier who, not knowing he is addressing the President himself, tells Lincoln how inspiring the speech was. Interestingly, despite his career as a funny man, this was no comedy. Sale wanted to play this one straight and apparently the scene between Lincoln and the blind soldier is very poignant.

Sadly, Chic Sale died the next year of pneumonia. He’s lost to obscurity now but he was a beloved comedian and character actor for decades.