Here are very brief blurbs about some of the members of my family:

Louis B. Mayer – one of my great-grandmother’s three younger brothers, who helped to found Metro-Goldwyn-Mayer (MGM), the Academy of Motion Picture Arts and Sciences (AMPAS), the Oscars and the Motion Picture Association of America (MPAA). Received an Oscar for Lifetime Achievement in 1950. 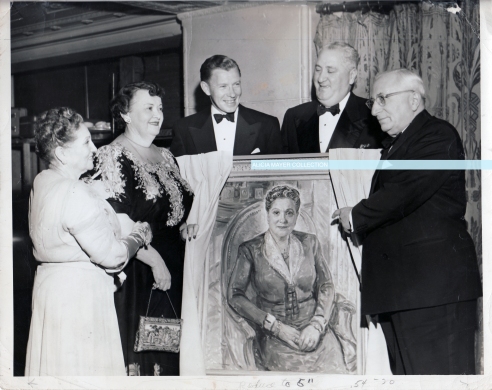 My great-grandmother, Ida Mayer Cummings (far left), older sister of Louis B. Mayer (far right), being presented with a beautiful portrait of her in honor of her decades of fundraising for the Los Angeles Jewish Home for the Aging (JHA).

Ida Mayer Cummings – my great-grandmother and a legendary fundraiser who worked tirelessly for Los Angeles’s Jewish Home for the Aged (JHA), and whose legacy lives on through an organization that bears her initials today, Associates IMC, which has raised millions of dollars over 80 years. Ida had four children: Ruth Cummings Rowland (married Roy Rowland and had one son, Steven Rowland); Jack Cummings (see below); Mitzi Cummings Fielding (married to Sol Baer Fielding); and Leonard Cummings, from her second marriage. 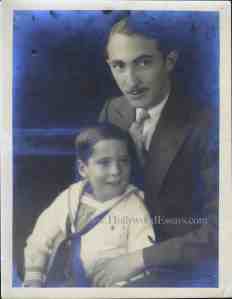 Sol Baer Fielding – my grandfather was a fine artist, cartoonist and graphic artist. He also produced Trooper Hook (with Barbara Stanwyck), Tennessee Champ, Bright Road (Harry Belafonte’s debut) and Jeopardy. As far as I know my grandfather was raised in Denver and as a kid worked for the Denver Post. As a young man he was very close to Mexican artist, Ben Hur Baz, and later in life with legendary illustrator Burne Hogarth. 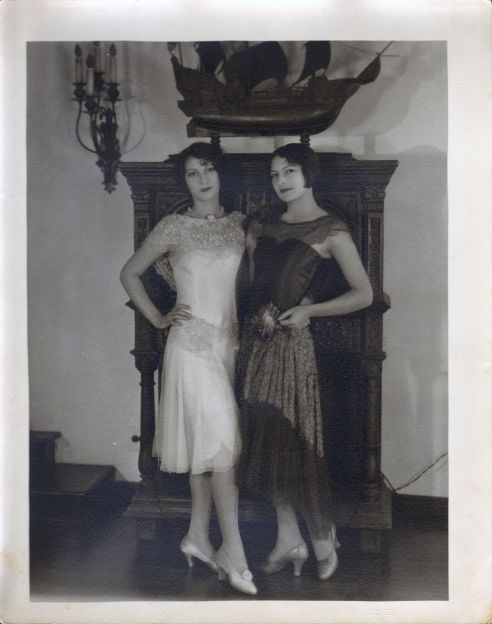 (Family mentioned here are either deceased or chosen a public profile. No living family members of current generations are identified by name. Mayer is a maternal last name, which Alicia uses as a pen name.)