My great-grandmother Ida Mayer Cummings with Mae West during her 1940 visit to the Los Angeles Jewish Home for the Aging following her donation of $500. 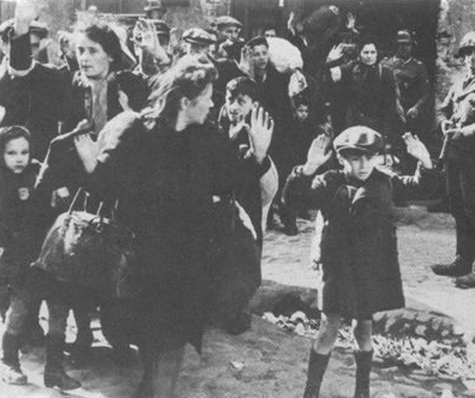 A very interesting letter from Mae West to Ida, dated August 15, 1940, stating her deep support for ‘the Jewish race’ and making a financial contribution to the Los Angeles Jewish Home. (2018 UPDATE: I’ve learned more about this letter – click here.) What I find so amazing about this letter is that it could have been written yesterday – check out that second paragraph:

“But to-day, the people of the world have become brutal and cruel and given themselves up to destruction, murder and violence.”

Of course, we know what dots she was connecting: Hitler’s rise to power was tragically well established by then, and Jews were being viciously attacked and subjected to increasingly restrictive laws. Concentration camps, many of which were soon to become nightmarish extermination camps, were already in use.

On the very day Mae West wrote her letter, Auschwitz’s ‘Crematorium I’ actually began operation; she could not have known this, but it is an eerie coincidence.

Remarkably, August 15th, 1940 was also known as Black Thursday, marking the day the German Luftwaffe mounted its largest number of sorties during Day 37 of the Battle of Britain. However, the Luftwaffe also suffered its greatest losses, leading the British to refer to it as The Greatest Day.

Sadly, the end of WWII was still years away, as well as the horrors Russian and Allied troops were to discover. In fact, the 70th anniversaries of the liberation of Auschwitz, Bergen-Belsen, Buchenwald, Dachau, and other death camps was just last year and spanned several dates across 2015.

And yet… with rising anti-Semitism across the world, and particularly in Europe, as well as terrorist attacks hitting people of all religions and cultures, it is chilling to see how little the world has changed.

I would like to finish on an upbeat note – it is the beginning of the year after all – so perhaps I can urge all of us to be more tolerant, more caring, and more helpful on a daily basis. As Anne Frank wrote in her diary:

“No one has ever become poor by giving.”

I am convinced that it is the secret that we are enriched by giving on so many levels that my great-grandmother Ida Mayer Cummings discovered. She was so deeply fulfilled by dedicating herself to helping others, she gave her entire life to the cause of helping others. It is why I admire her so much.

Small gestures, such as Mae West’s letter and financial contribution, can make a difference. It is wonderful to read her letter many decades later and realize she was on the side of good, and took action so that it should succeed over evil.

I will look at Mae West in a different light from now on.

(Photos: A newspaper dated August 15th, 1940. A child after the bombings. An intrepid milkman does his rounds. Jewish families being pushed out of their homes and onto the streets prior to being transported to a concentration camp.)