Last year I wrote about taking the AncestryDNA test in the hope of learning more about my family, particularly my father’s side, which I knew very little about because he left my mother and I when I was an infant. I started looking for him in earnest in 1980 when I was just 14 years old, living in Albuquerque, New Mexico.

Of course, in 1980 there were no internet searches or digital records. There was just me, hunched over a yellow rotary dial phone calling ‘Information’ after school, hoping each operator I spoke with would magically supply me with the right phone number to find my dad, or anyone who knew where he could be. I detail more about this search here, and followed up after my DNA results came back with this post.

In the end, it took nearly 15 years to find him and by then I was in my late 20s living across the world in Australia, married and with my own little child. It took an Australian neighbor’s daughter-in-law, an Australian federal policewoman seconded to Interpol, and a detective in Seattle, to finally crack the mystery of my missing biological father.

In one fateful night I went from being the oldest of two kids — the other being my sister from my mother’s second marriage — to the oldest of seven. These five new siblings of mine (three brothers and two sisters), from three different women, ranged in age from a baby through to a 24-year-old college graduate.

Unfortunately for all of them, my father had barely contributed financially or otherwise, except for dropping in now again to see them in their respective homes. The youngest brother was Tristan, who was just a toddler at the time. His French mother Nicole had three older children from an earlier marriage — Tristan was her youngest.

It would be years before I finally visited the United States, and by then Tristan was around eight or nine. Nicole invited me over for the afternoon, and almost as soon I walked through the door Tristan took me by the hand and led me into his room. The walls were covered with his drawings and paintings.

On a shelf was an old fish tank with a reptile and a clip lamp shining down for warmth. Pens, pencils and paper were scattered across his little desk. And the kid was prolific – his artwork had spread past his bedroom and was all over the house. From our visit it was clear he was precociously talented and an old soul, all wrapped into one cute, funny and busy package. When I left he gave me a sheaf of drawings to take back to Australia.

Fast forward several years to 2007 and I again traveled to Seattle to see these brothers and sisters. It was late October, and Tristan had graduated from high school a few months before, but he seemed stuck, and wasn’t hanging with a good crowd. We spent a day together but this time it was different. I was worried for him and wanted to do whatever it took to kick start him back to that boy of wonder and excitement I remembered so clearly.

He seemed strangely paralyzed by the smallest things. His car had been parked on the street for months because he had lost the key. So I Googled that and by the end of the day we had a new key. His car’s windscreen was cracked, so we got that fixed over lunchtime. His laptop was kaput so I gave him mine.

As we were heading home after our productive day, I asked: “Tristan, what do you want to do? I mean, really. If you could choose your heart’s desire what would it be?” 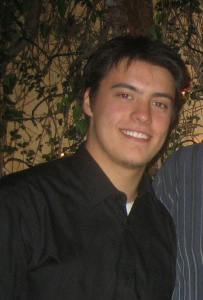 He didn’t answer immediately, as if he was afraid that I might laugh at him, or survey his crappy car with the side mirrors taped on, and think that whatever grand vision he had was simply ridiculous.

Finally, he answered. He wanted to design film posters. This was his dream career but he knew he could do it. I jumped on this – great! Ok, so where, what, when?? I peppered him with questions and almost immediately I could see a spark again. He smiled at his crazy, pushy, much older sister, with the hybrid Aussie/American accent.

That evening we were at our sister Nyla’s house in another part of Seattle. I called my home in Australia and put him on the phone with my three children. They laughed and talked and handed the phone around. Tristan had dreams of visiting me on the Gold Coast where it seemed every girl was wearing a bikini. I said that would come in time but first let’s get a career happening. I was in big sister mode and nothing would shift that.

After I returned to Australia Tristan called me with exciting news: he had been accepted into an art program in Los Angeles that specialized in poster design. “Perfect!” I said. He would be starting in the spring, 2008. Tristan would stay with cousins who had generously offered to put him up until he could transition to his own place.

I put the phone down and thought: job done. Bam! The power of following your dreams, etc, etc.

Tristan and I kept in touch by email over those ensuing weeks and he seemed incredibly happy. He was loving it all.

I turned on my phone early that morning to find several missed calls from Nyla, and a message to call her back as soon as I woke up. My heart stopped. Oh no…

I was to travel to New Zealand that morning for work so it was still dark, not yet dawn. I sat down in the living room. The house was quiet. Everyone sound asleep. I found it difficult to use my phone. My hands were wooden blocks. The phone tumbled to the couch, then to the floor. Finally I tapped out my sister’s phone number and got through. She was crying.

Tristan had been killed in a car accident on the highway on his way back from visiting friends. Witnesses said his car sailed across several lanes and slammed into the back of a semi trailer parked on the shoulder. He was just a few minutes from home.

He died instantly. He was just 19.

As I heard my sister’s words I also heard a sound come from me I had never heard before. It was a scream but from deep down, from another place. Perhaps from a place where those sounds exist and come to us in those rare moments when the loss is huge, the shock is great, and there are no words. My husband rushed out of bed. He hugged me while I cried.

There were practical decisions to make. Would I go to New Zealand or stay home? For reasons I can’t understand today, I decided to continue my trip. I remember shuffling through customs lines in two airports, my eyes red and puffy, strangely wondering if I looked suspicious. 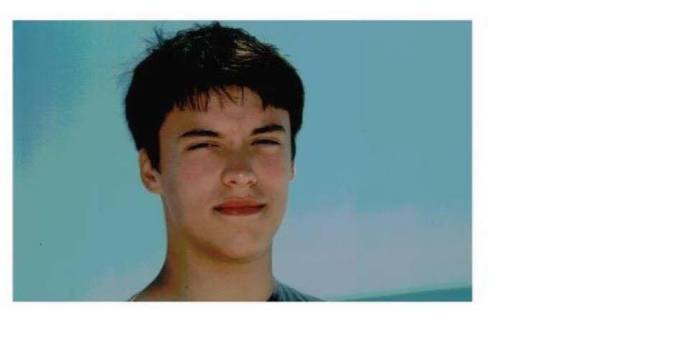 Meanwhile, back in Seattle, the grief was raw and horrific. Nicole was naturally inconsolable. She had lost her youngest child, on the cusp of finding himself, of proving he could be something greater than the kid who, just months before, had been utterly directionless. Now Nicole was arranging to fly Tristan’s body home from Los Angeles.

What can you say to a mother who has lost a child so full of promise, who spent his last few months away from her, including Mother’s Day, because you pushed him to follow his dreams? What can you make of such a senseless, stupid loss of a young man who had such a bright future ahead?

I have nothing insightful to add. Nine years later, I still have no words to console Nicole, or our siblings. All I can say is I felt I was doing the right thing by attempting to put this boy onto the path of becoming a man. And he took that first step. He answered back with I can and I will.

And then he was gone.

Nicole’s daughter had a son three years ago. Almost immediately it seems, he brought joy and laughter back into Nicole’s life. I adore seeing the photos of this sweet little boy playing at his grandmother’s house, keeping her and Sophie the dog company. Naturally, nothing and no one can replace her son, and I know her grief remains a deep, dark well. But in her cozy home there is a little boy, once again…