Last night I was looking through my grandmother Mitzi’s scrapbook, containing the many articles she had written for Photoplay, when I ran into a couple of telegrams from her editor, Helen Gilmore. Here’s one below asking if Mitzi can cover the Eleanor Powell/Glenn Ford wedding of October 1943, but from a different angle — from Ford’s perspective.

I love how this telegram gives us a behind-the-scenes insight into making the story stand out from the other articles that would have immediately flooded the newspapers and other fan magazines. As Eleanor Powell and Glenn Ford were married on October 23rd and Photoplay was a monthly publication, it was very likely that by November everyone would have had their fill of wedding photos and coverage from the daily papers. Added to this, Mitzi had already written an article about the lovebirds in January, which was very much Eleanor Powell’s story.

Although I scoured the archives, I wasn’t able to find the story Helen Gilmore requested for that November issue. I don’t know if Mitzi ever wrote it, and it’s possible their wedding date was just too late for inclusion in the next issue.

Instead of a big double-page spread, there’s just a tiny snippet about their romance, and no mention of their marriage the month before. Hmm…

By the way, Helen Gilmore sounded familiar to me and for good reason! Before editing she had been a prolific stage and silent movies actress, appearing in over a hundred films but often in un-credited roles. But in 1938 she gave up acting to take up editing, and by 1941 she was working for Photoplay, where she worked for over a decade.

Interestingly, it was during this time that her husband, Richard Florac, invented the first commercially available pager. I’ve attached his patent, filed in 1950, but granted in late 1952.

Perhaps it was from the profits of this invention that Gilmore no longer needed to work? Who knows, but isn’t it amazing the things you discover when you find one little telegram pasted into a scrapbook! 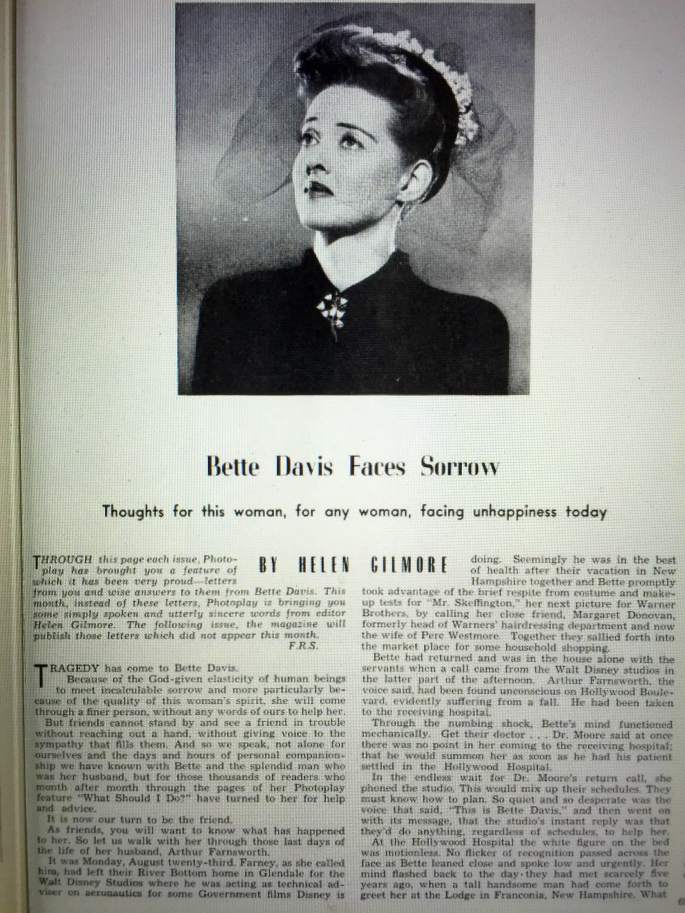